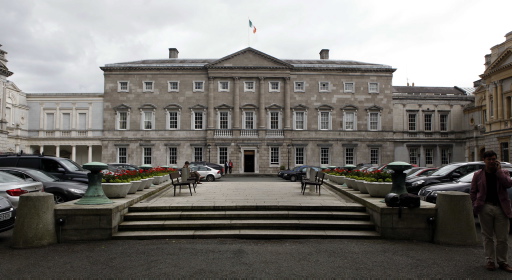 Do major changes really lie ahead for local government?

The Local Government Reform Bill proposes major changes to our system of Local Government.  The Bill was introduced to the Oireachtas last October by the Minister for the Environment, Community and Local Government, Phil Hogan, T.D.  It will become law shortly.  The Bill will mean that several county and city councils are merged, it gets rid of town and borough councils, and proposes a whole new set of structures at municipal, local and regional level.

Minister Hogan referred to the Bill as bringing about the most radical reform of local government in 100 years.  One would expect that for such a radical reform that affects every citizen in their community, and will make huge changes to the way local services are organised, there would be a serious campaign to inform the public about the proposals and encourage public debate, but this hasn’t happened. While there has been some focus on the abolition of Town Councils and City Councils, I have seen no debate about the substance of the Bill and what it will mean for local government.

The Seanad debate about the Bill and the commentary from party politicians breaks down predictably along party lines. For example, on his website, Joe O’Reilly, A Fine Gael T.D., strongly supports the new role for councillors in economic policy making, and the proposed new Community Development Councils (Read More HERE).  Senator Mary White of Fianna Fail, on the other hand, says that the Bill further centralises power at national level, creates a new democratic deficit and transfers power away from communities. (Read More HERE)

Opinion seems to be equally divided among independent commentators (if there are any such!).  Senator John Crown welcomes the intent to restructure local government, but says the Bill does not address the democratic deficit in local government, that it will lead to inappropriate spending, and did not support the Bill in the Seanad. (Read More HERE)

In an article on the Irish Politics Forum,  Chris van Egeraat, NUI Maynooth and Sean O’Riordan are concerned about the absence of debate on this Bill. They say ‘the Bill has to be compulsory reading for anyone interested in public sector reform’, and they say it will ‘directly impact every individual and organisation in the State, and, if fully implemented as currently drafted, will have ramifications for much of the public management of the State.’ They appear broadly supportive of the Bill, and they challenge everyone to pay attention, and either endorse or challenge the thinking in the Bill. Another article in the same journal takes a different view. Dr Prionnsias Breathnach, NUI Maynooth, offers a strong critique of the Bill.  He argues that ‘talk about real local government reform in Ireland is futile as it is profoundly opposed by both the central bureaucracy…and our Dail denizens who would find their primary raison d’etre being undermined were the delivery of public services to be devolved to local level.’

One wonders how the same Bill can be viewed so differently? How are we, the citizens, to have a view? Is anyone interested in what we think? In the Seanad Referendum debate, Minister Richard Bruton promised a new approach to introducing legislation, and new ways for the public and civil society groups to be consulted and contribute. Surely this Bill that directly affects local decision making would have been the perfect place to introduce this? Instead it seems that what is seen as a radical new structure will come into being without the benefit of any real public debate. Even though the Bill has been passed by the Dail, there now needs to be a serious information campaign to engage the people with the new legislation that intends to provide for greater public engagement!