On Monday, March 8th, I am looking forward to co-chairing the Second National Local Government Women’s Network Forum tomorrow to mark International Women’s Day, from 11:00am – 1:00pm, where we celebrate women in local government. If you would like to register to join this free event, you can register here.

The theme for the online event is #wechoosetochallenge where we will be discussing what women bring to the role of the councillor; how women can bring new vision and ideas to local government and local leadership; and how women can challenge themselves and others to be the best they can be as local representatives.

Peter Burke, Minister of State for Local Government and Planning will give an opening address and discuss his Department’s recent initiatives on supporting women and diversity in local government.

Guest speaker, Maria Walsh, will share her experience of being a member of the European Parliament since being elected to the role in July 2019. 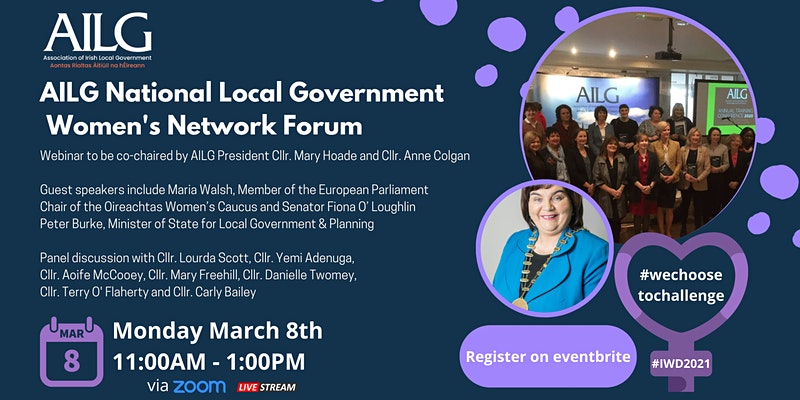