Do We Need the New Dun Laoghaire Library and Cultural Centre ? 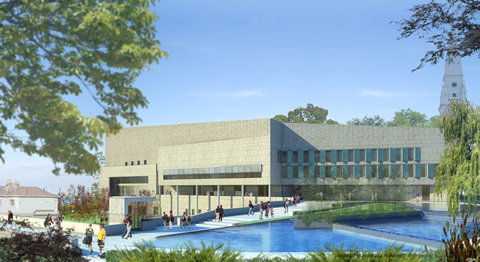 Anyone listening to Pat Kenny’s Newstalk programme last Monday (27th of January) will have heard a local businessman who was very annoyed about the new Dun Laoghaire Library and Cultural Centre.  He questioned the need for the building, the cost, and the lack of influence of the local Councillors on the decisions about the library and its services.

This project was commissioned back in 2009 and it will cost around €36 million euros. It will have the library itself, a café, meeting rooms, a performance space, and an art gallery. From the pictures online, it looks like a stunning facility. But clearly there are very diverse views about whether or not this is a good investment for the people of Dun Laoghaire Rathdown.

While I don’t doubt the value of the Dun Laoghaire amenity, I do have several questions:

Library buildings are an important public space but they are not the only way to bring books to people. The Danish library services point the way to modern ideas about how a library service can move out from one special building. The Danes want to link their library service with other services and other spaces. What good sense! There are lovely examples of the same thinking in the UK – for example, a public park in York where there is a café with indoor and outdoor play space and books for children to read while the adult enjoys a cup of coffee and a book.

Picture what could be done in our area with a modest investment! We could have books in the café in Marley Park. One of the refurbished buildings there could offer an indoor play and reading space for children and young people. There could be a supply of reading and play materials in the Health Centre in Ballinteer as well as more resources for the local school libraries. What about a book rental scheme for local businesses where people wait, like doctor’s surgeries, dentists and optician’s waiting rooms? Why not books in the various public offices? Have you other ideas or suggestions?

Let us hope that the huge commitment to the Dun Laoghaire Library and Cultural Centre will not mean that there is no money for local projects that could make a big difference to lots of people.